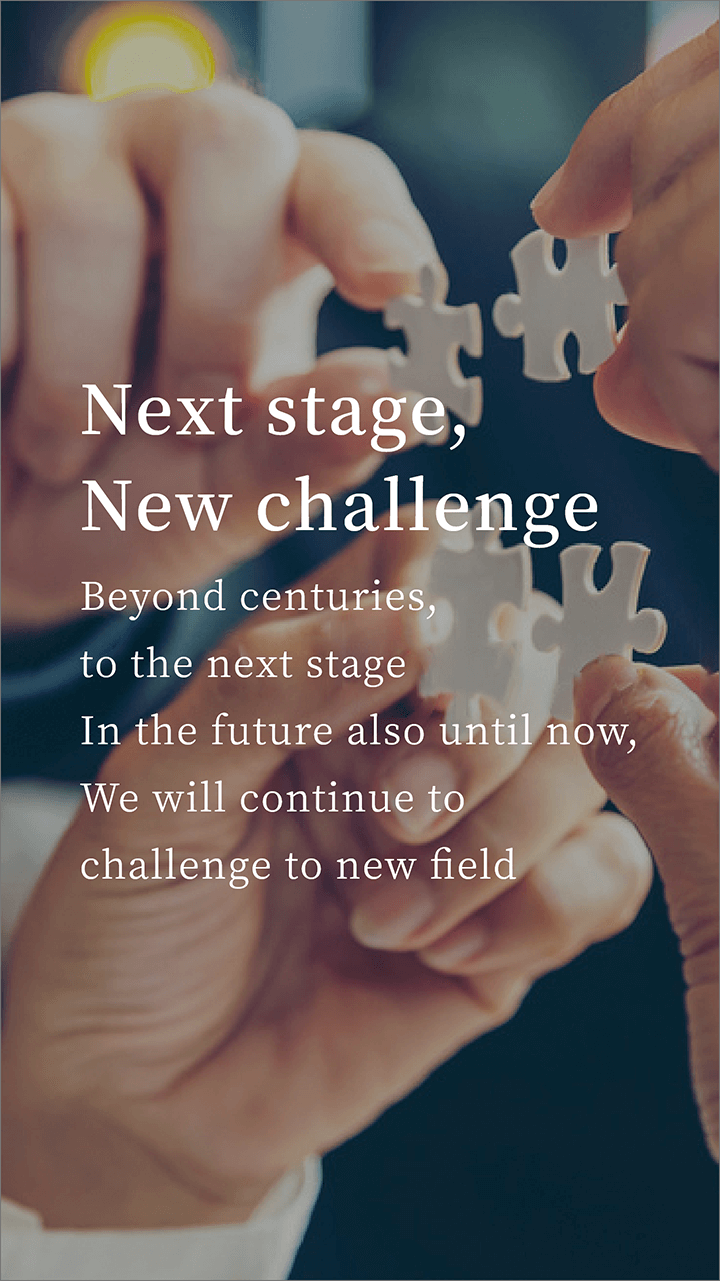 Ever since Yamaichi started their business in 1901, it has always been aware of the changing needs of time,
and has since succeeded in becoming a “sustainable company”.
Nowadays, taking its two products --- “fiber and resin” as the basis of its business,
Yamaichi has also been concentrating its efforts in developing other new areas.
Aiming at shifting from a trading company, Yamaichi has expanded its business overseas.
It successfully opened offices in Hong Kong, Taiwan, and is the sole owner of 2 plastic factories in Mainland China.
Today, Yamaichi is regarded as a capable and well-known manufacturer.

Yamaichi Co., Ltd., was founded in 1901.
Having begun operations just as the 20th century began, we celebrated the 110th anniversary of our founding in 2011, the year after I became president, and we marked our 120th anniversary this year.
That the company has continued to operate for more than a century in a constantly changing economic society attests to the willingness to embrace challenges and the steady tenacity of our predecessors, who lead Yamaichi’s development and built up trust. I am deeply grateful for their legacy.
Armed with the knowledge that people are the linchpin of Yamaichi’s growth, we are resolved to pass on the company to the next generation so that they can build a new and prosperous legacy while moving toward our 150th and 200th anniversary. Each employee’s steadfast dedication and ability to take bold action will power this effort, which will be grounded on our identity as a company of which we can all be proud.